The Future Is As Bright As The Promises Of God 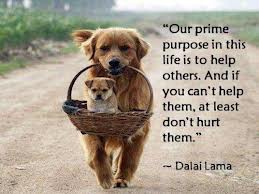 In the early days of the Southern Confederacy, General Robert E. Lee was severely criticized by General Whiting. It might have been expected that Lee would wait for a time when he could get even with Whiting. A day came when President Jefferson Davis asked General Lee to come for consultation. Davis wanted to know what Lee thought of General Whiting. Without hesitation Lee commended Whiting in high terms and called him one of the ablest men in the Confederate army . An officer present motioned Lee aside to suggest that he must not now what unkind things Whiting had been saying about him. Lee answered: “I understood that the president desired to know my opinion of Whiting, not Whiting’s opinion of me.”

“Be impeccable with your word. Speak with integrity. Say only what you mean. Avoid using the word to speak against yourself or to gossip about others. Use the power of your word in the direction of truth” – Miguel Angel Ruiz